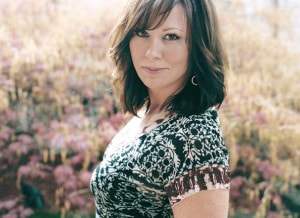 Suzy Bogguss
“You can’t deal me the aces and think I wouldn’t play,” says Suzy Bogguss with a twinkle in her eye as she discusses her latest studio album Sweet Danger. It’s a line from one of her signature songs, but it’s also the philosophy with which the Illinois-born singer manages her career, and the stepping-off point for a collection of her strongest songwriting and most evocative vocals to date.

“I’ve been so fortunate to meet all these great people in all genres of music,” she says. “To learn from them and grow is amazing. How could I not make music with the friends I’ve made over the years?”

One of those friends is legendary jazz producer and keyboardist Jason Miles with whom Bogguss co-produced Sweet Danger. Miles has worked with the biggest names in jazz and popular music including Miles Davis, Luther Vandross, Chakka Kahn and Sting. He became friends with Bogguss over a decade ago when he was producing a children’s album of Elvis Presley covers and asked her to contribute a track. The two shared a love of music that wasn’t defi ned by boundaries or classifi cation. They became fast friends and stayed in touch over the years.  A chance conversation after a show in New York led to their collaboration on the new album.

“I love the sweetness of making a snap decision and the danger of living with the consequences,” Suzy says.  “When I went to New York that fi rst time and we started to record, I called home because I was freaking out. I thought ‘oh my God, what is this music?’ I didn’t know what it was. I didn’t know how to control it. As soon as I hung up and went back into the studio, I just let go, enjoyed the process and followed the music wherever we needed to go. Then I was elated. I came home with these tracks that were new and different and that was so exciting. I couldn’t wait to get started writing the rest of the album.”

But she still doesn’t know what it is. Certainly the songs, seven of which Suzy wrote, stand alongside the best she’s ever recorded. They could easily have been included on one of the hit-maker’s seminal recordings from the early nineties. But the production, while unquestionably current, harkens back even further to albums by the likes of James Taylor, Paul Simon or Joni Mitchell.
The new record is just the latest collaboration in a career that has always been adventuresome. Bogguss teamed with the late, great Chet Atkins on Simpatico, an album which received near universal praise. She also teamed with Ray Benson of Asleep At The Wheel on Swing, an album full of swing tunes soaked in jazz.

“Maybe the Swing album gave me the inspiration, but I feel like I’m still learning about my voice and what makes it appealing. I like to swoop and swell and even soar, but I just don’t want to yell anymore. That’s not my gift. I never wanted to be a vocal acrobat, I sing songs.”

Like most explorers, she offers no apologies for chasing her muse wherever it leads her. She’s always listened to her head and her heart when picking music for her albums. She’s guided by a desire to be true to herself while communicating with her audience.

She says, “What I’m really trying to do is make music that people like. That’s why I started playing in bars in the fi rst place. That’s why I listened to people when they told me I should sing another person’s songs. I believed them. We were talking to each other. We were communicating. That’s what’s so great about the Internet now. It’s what we used to do with artist co-ops and mailing lists only now you can reach millions of music fans instead of hundreds.”
DONATE NOW