​Tell us why you feel or believe music is an essential part of childhood or education. 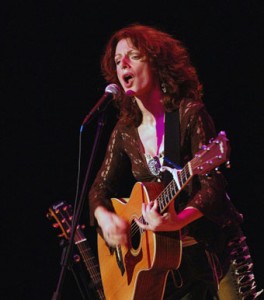 Maria Butterfly
For me growing up from child to adult, music was a way to express myself, all my emotions, it gave me a voice, and a way to be heard!! Kids need it especially in today’s society when time is in a hurry, learning can be difficult for some children, but music is a very enjoyable way to communicate and fun and gives the kid a safe place to express themselves and gives them a real interest!
​
Music gives children a chance to tune into themselves, to communicate in a creative way and motivates them, gives them confidence that they can express themselves, and encourages them to be more involved with people and group activities rather than material things that can deaden their minds.

​To reach out to a child is a beautiful thing. For the child to receive such attention to be taught something new and exciting is a beautiful thing. This is great for not just a child but for people of ‘ALL’ ages, yes adults. It is a daily activity to stimulate creativity. To learn to play an instrument stays with you for life, you can take it anywhere, always have something to participate in. To put words to music is just the beginning.

Award winner Maria Butterly, originally from Laytown, Co Meath, songstress has been living in Los Angeles for several years. Regarded as “one of Ireland’s most talented singer -songwriters” quotes Ireland AM (TV3) where she recently performed live, Maria has become a hit with the music press. Her original style of music is opening the door to a Celtic Country craze, the singer is influenced by the likes of Eva Cassidy and Joni Mitchell & Alison Krauss, hence her beautiful four octave vocal range and her highly skilled guitar & mandolin playing. She also recently appeared on RTE ‘Seoige & O’Shea’ tv show. Her acoustic album titled ‘Its Just Me’ which features seven tracks that Butterly self arranged, performed and produced received raving reviews by the Evening Herald quoting her songs ‘So Beautiful & Shut Me Out ‘ as ‘Blockbusters!’.​

Maria recently performed on stage at the All Star Guitar Night in LA with renowned guitarist Laurence Juber (Paul McCartney & Wings), Monte Montgomery and many more… She also performed in House of Blues (Hollywood), to New York’s famous rock club The Mercury Lounge, to Nashville’s Bluebird Café. She has opened for Damien Rice, Michele Shocked, Hal Ketchum The Proclaimers, Hot-House Flowers, The Saw Doctors, Brendan Grace, Devlins, , Dolores Keane, Aslan. She has three albums to her credit, the most recent being Nashvillain Days.

​I picked up the guitar at age 10, as I wanted to perform at the school plays and never got picked for anything, so I got an old guitar and a guitar learning book with pictures on how to play as we couldn’t afford guitar lessons. So I taught myself to play.

I have credited my early inspiration for music as coming from a result of my father’s affection for Irish whiskey. As a means of distraction, I taught myself to play various instruments including: the Guitar, Mandolin, Viola (she was a member of the Dublin Youth Orchestra), Whistles & Piano. I realized quickly I was able to start participating with other people and making new friends in school and getting involved in little projects rather than getting involved in ‘nothing’. When I had a bad day I could sit and play my guitar and get it out in a song or a few chords, and also when I had a good day I could also sing about it even if no one was around to listen which was a lot of the case. It gave me confidence and felt included in life and other peoples lives. I could make someone smile.

I started to write songs on the guitar and sing out in public more, and new I wanted to be a singer / songwriter / musician. It opened more doors than I ever dreamed, I can record my songs, put them on a free myspace and my website page and have people buy or download them. It got peoples attention, they liked my music and I started getting more gigs, and started traveling more. It enabled me to get my own little recording studio and make more music, and playing the guitar gave me a way to get the songs out. I want YOU to have this incredible experience and feel important and included in life. Get Busy, Get Involved in MUSIC, its your new best friend for LIFE!!